July 22nd and 23rd , WER 2017 Australian Open Tournament was ceremoniously held in Stadium Australia(ANZ Stadium) Olympic Stadium, nearly 200 students from Australia and China participated in the bid for championship. Abilix, as the sole designated platform of WER in the global scope, provided full subsidies and supports all through the event; and won admiration from both teachers and students in Australia. 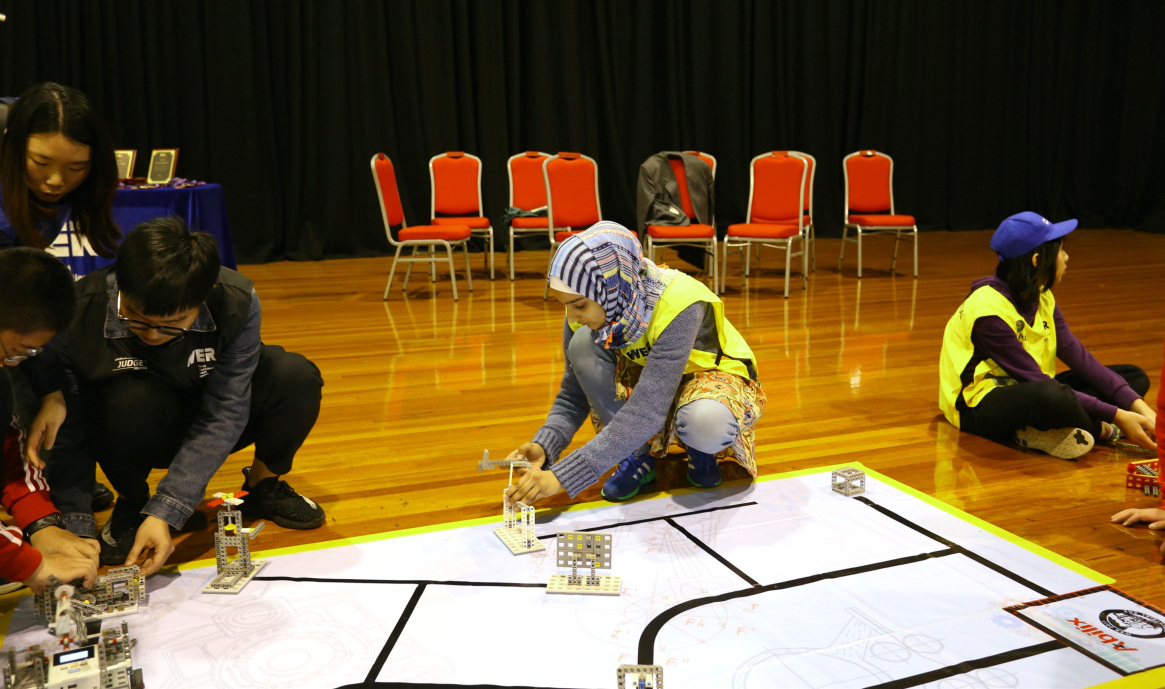 It was the first time for WER to land in Australia and to be placed priorities by local government and students. Senator of New South Wales and Shadow Minister of Multi-Cultures: Mrs Sophio Cotsis, Counsel of Consulate-General of China in Sydney: Mr Liu WenWu, Dean of Telecommunications of The University of New South Wales: Professor Julian Epps, Chairman of WER Australia-Division Organizing Committee: Mr Alex Tang and Secretary-General of WER: Mrs He Ting participated in the competition and delivered toasts.

Contest carried on the theme “Industry Era” of WER 2017 and prioritized brick educational robot projects which were categorized into on-site competition, extra task competition and team competition, etc. No matter Chinese children or children from overseas countries were both conscientiously devoted in the arena and displayed their incredibly remarkable imagination and creativity.

The organizing committee of the contest arranged the arena in Stadium Australia(ANZ Stadium) Olympic Stadium due to similar brilliant essences of the concepts initiated by both WER and Olympic Games, albeit in different approaches. Olympic Games emphasizes a nourishing in athlete’s guts and staunch characters in a fair competition under an atmosphere of friendship and solidarity; WER also underscores a training in contestant’s valor and dauntless abilities to succeed, in the mean time, build friendships with each other.

WER is an international educational robot competition initiated and organized by World Educational Robot Seminar, mainly catering to preteens and teenagers aged 4 - 18 in a world-wide range. Nearly 500,000 candidates from over 50 countries take part in contests at all levels in a global scope on a year basis. Along with an increasing number of children favoring Abilix educational robots, its included enormous educational values have been gradually accredited by the global community.